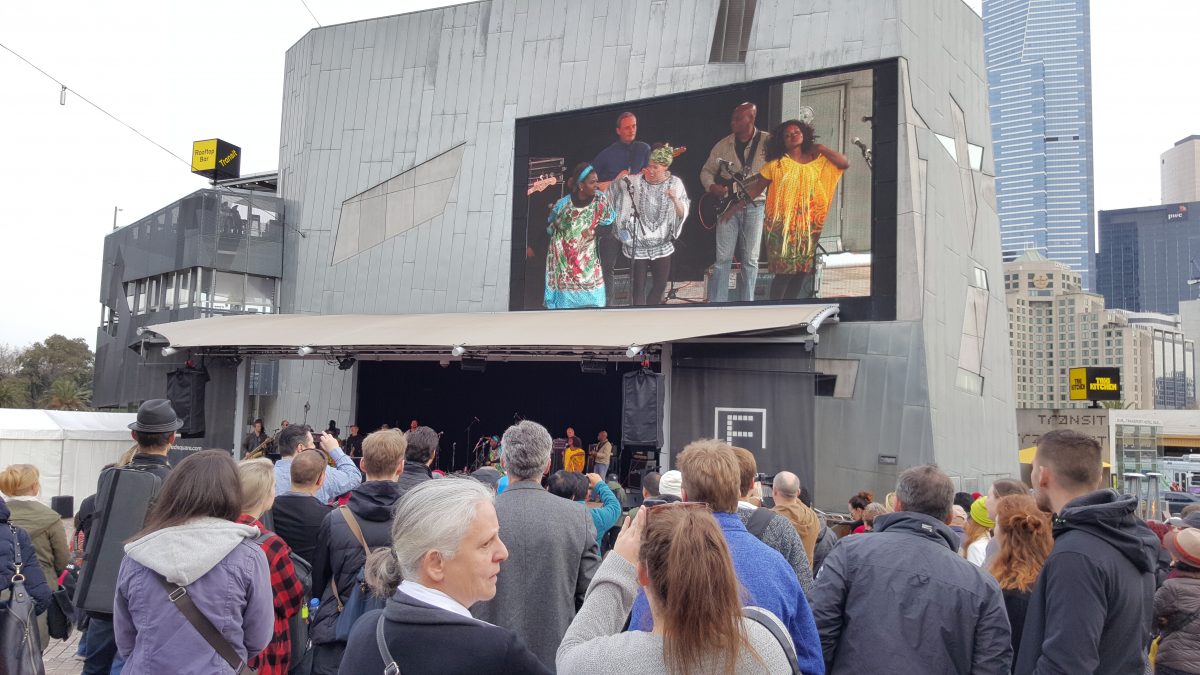 The Refugee Council of Australia has called for courage from the broader community to show compassion and support for refugees.

‘With courage let us all combine’ captures the inaugural Festival of Welcome which kicked off at Federation Square this afternoon to officially launch Refugee Week from June 19 to 25, 2016.

Following the Welcome to Country ceremony, Tim O’Connor from the Refugee Council of Australia called on the broader community from First Australians to the newest Australians to start a conversation and change the narrative around refugees.

Tim called for compassion and support for refugees as they start in a new country and acknowledgement of the contribution of the 840,000 refugees that have settled in Australia since 1945.

Music and the arts

The Festival of Welcome uses music and the arts as effective tools to bring understanding to different people, acknowledge complex issues and pain and celebrate achievement and joy.

Comedian Osmah Sami in his role as MC used humour deftly to explain the intricacies of ‘culture’ when trying to negotiate payment for a taxi ride on his return to Iran after 15 years away.

The first song ‘Sorrow, tears and blood’ by the Public Opinion Afro Orchestra showcased the traditional sounds of West Africa combined with hip hop and contemporary musical influences while raising awareness about Manus Island and Nauru.

The festival brings together a smorgasboard of flavours with a global street food market and an array of talented artists and musicians including The Smith Street Band, Felix Riebl, Robot Child, Tripod, Voices Without Borders, Chin Choir, Ajak Kwai, poet Abe Nouk and the Burundian drummers.

When the dancing finishes and the last note played from the Welcome Festival, the message ‘with courage let us all combine’ resonates for Refugee Week 2016.